Cave Hill Creek: It’s All In The Name 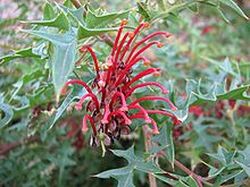 Similar is the logic behind the origins of the name Cave Hill.  That is, the southern slopes of Cave Hill feature a large cavern created when the lower half of a large rock face collapsed leaving a large overhang.  The local Beeripmo balug aborigines refer to the cave as Bukkertillible.  It can be seen clearly to the north when driving along the Western Highway between Beaufort and Buangor.